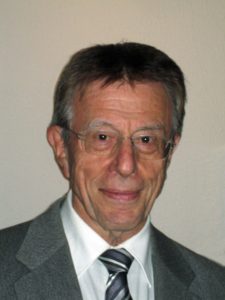 This memoriam is composed on the basis of a memorial speech that I held in German at Prof. Dr. Dr. h.c. mult. Herbert Grabes’s funeral service in December of 2015. An obituary written in German by my friend and former University of Giessen colleague Professor Ingo Berensmeyer flows into this text as do some of the recorded memories of several of Herbert Grabes’s former colleagues and friends.

My first experience of Herbert Grabes was as a distant admiring listener at a huge ESSE conference. I remember Professor Ansgar Nünning’s loving introduction of his senior colleague and my sense of how lively and interesting and erudite a speaker Herbert was. I subsequently got to know him personally at the beginning of my time at the University of Giessen in late 2008. In 2009, I had the honor of taking over his chair in American and British Studies at the University of Giessen. Filling his footsteps remains a large undertaking. It also marks a change of generations and also of style in German English and American Studies, with more women professors now holding chairs and with more native speakers of English now in the front lines as well. Herbert once told a younger woman relative that his successor was “some feminist,” but he met this feminist with a wonderful mixture of good will and also openness to change. It is an honor to remember his life here. This includes his multifaceted efforts at the University of Giessen as well as to promote American and English Studies in Germany, Europe, and beyond.

END_OF_DOCUMENT_TOKEN_TO_BE_REPLACED

In the homage to Helmut Bonheim published in the Autumn 2015 edition of the European English Messenger, I stated that Professor Bonheim’s wife, Jean, had passed away shortly after his death (*). I have since been reliably informed that, though poorly, Mrs Bonheim is in fact still alive and residing in a care home in Germany. I deeply regret the error and the distress it will have caused her daughter, as well as the sadness the news will have provoked in colleagues who share the affection for the Bonheims felt by so many of us who were involved in the first phase of ESSE’s existence.