CFP for the Winter 2020 issue of the ESSE Messenger 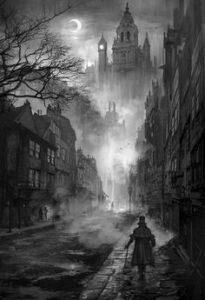 The term “sensation” had sometimes an unjust pejorative connotation but that did not hinder its popularity. In the time of its highest fame it was considered a low genre and the main accusations of the critique were that the novels of the sensation tradition were written mainly to produce thrilling sensations in readers without almost any concern of the moral, philosophical, social or religious features of the traditional literature. The reproach is not entirely lacking substance because the sensational novels are indeed characterized by the presence of secrets and mysteries, scandals and crimes, which disrupt the peaceful domestic lives of the middle class so dear to realist paradigm.

This new kind of literature developed in the particular social and economic environment of the Victorian era. It can be considered part of popular fiction as it was generally intended to fill ‘the needs of escapism and relaxation’ (Flint 20) of the working class. In fact, a clear distinction between readers starts being observed. At one end, there is the average reader of the working class with his or her needs of being entertained and, at the other, a more educated public able to taste elaborated concepts, such as art for art’s sake. The Saturday Review describes this average reader in 1887 as not being a critical person or as a person with quite reduced artistic demands. Definitely, according to the commentators employed by this magazine, the average reader of sensation novels is not a sophisticated person because ‘all he asks is that he may be amused and interested without taxing his own brains’ (Flint 20, my italics).

The sensation novels were the first truly popular bestsellers, they were products of Victorian mass culture, soon to become a commodity, produced as they were in accordance with “the market-law of demand and supply” so as to lead to immediate sales. One of the reasons that generated such products was the high-interest in the serialised fiction to maintain a stable readership, which forced the writers to write in such a way as to keep their readers’ interest awake and determine them to buy the next instalments.

Sensation literature was not totally opposed to Realism which, in its nineteenth-century context, tried to present the reality as it actually was. Practically, sensation literature combines ‘romance and realism’ in a way that ‘strains both modes to the limit.’ The sensationalists construct characters and stories that might be found in the daily reality of every rich or poor, educated or less educated person and associate them with another side or dimension of reality, the side that is not part of ordinary experience. If we analyse the characters that take part in this out-of-the-ordinary experience, we discover that they are the common people of the middle class till the moment when something comes up and trouble their ordinary life. There is a specific feature in the sensational novel that could be named trigger, a special event, a hidden (guilty) secret that transforms the most common, sometimes idle life of a character into an uncommon experience and existence and the most boring and unreadable story into a palpitating novel.

Sensation fiction may be seen as a romantic (melodramatic) and suspenseful form of fiction, a kind of civilized melodrama, modernized and domesticated – a sort of everyday Gothic, minus the supernatural and aristocratic accessories, but also a middle-class Newgate, featuring spectacular crime unconnected with the usual criminal classes.

Sensation fiction domesticated crime, secrets, and illicit sexuality and located them within the ordinary middle-class home and family, where the most apparently respectable neighbour might turn out to be a serial poisoner; the most angelic of women, at least a bigamist and potentially a cold-blooded killer, every spouse could play the role of spy, every servant, the role of blackmailer.

In criminalizing the Victorian home, the sensation novels succeeded in defamiliarizing it and refamiliarizing it according to other dimensions. This went in parallel with the fact that suspense was heightened to the intense point, and crisis became narrative routine; plots often went up and down, exploding in multiple climaxes or ‘sensation scenes’; plot took precedence over narrative voice as well, i.e. the primacy of plot, went with the accompanying ‘diminution’ of the character treatment and the narrator. The sensational narrator had to withhold secrets from his readers while the sensation novels eroded narrative authority – the narrator was no longer trustworthy, perhaps no longer omniscient. Like the reader, he became an accomplice in crime or even criminal himself.

Flint, Kate. “The Victorian novel and its readers.” The Cambridge Companion to the Victorian Novel. David, Deirdre (ed.). Cambridge UP, 2001: 17-36.