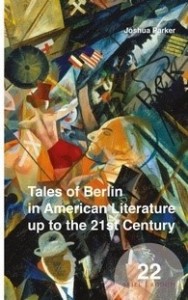 Tales of Berlin in American Literature up to the 21st Century

Of all European cities, Americans today are perhaps most curious about Berlin, whose position in the American imagination is an essential component of nineteenth-century, postwar and contemporary transatlantic imagology. Over various periods, Berlin has been a tenuous space for American claims to cultural heritage and to real geographic space in Europe, symbolizing the ultimate evil and the power of redemption. This volume offers a comprehensive examination of the city’s image in American literature from 1840 to the present. Tracing both a history of Berlin and of American culture through the ways the city has been narrated across three centuries by some 100 authors through 145 novels, short stories, plays and poems, Tales of Berlin presents a composite landscape not only of the German capital, but of shifting subtexts in American society which have contextualized its meaning for Americans in the past, and continue to do so today.

For further information and a full list of contents, please visit http://www.brill.com/products/book/tales-berlin-american-literature-21st-century

An excerpt is available at http://op.asjournal.org/american-berlin-across-last-century/