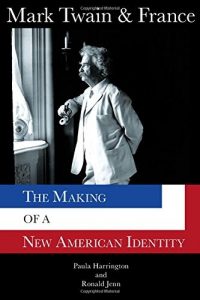 Blending cultural history, biography, and literary criticism, this book explores how one of America’s greatest icons used the French to help build a new sense of what it is to be “American” in the second half of the nineteenth century.

While critics have generally dismissed Mark Twain’s relationship with France as hostile, Harrington and Jenn see Twain’s use of the French as a foil to help construct his identity as “the representative American.” Examining new materials that detail his Montmatre study, the carte de visite album, and a chronology of his visits to France, the book offers close readings of writings that have been largely ignored, such as The Innocents Adrift manuscript and the unpublished chapters of A Tramp Abroad, combining literary analysis, socio-historical context and biographical research.