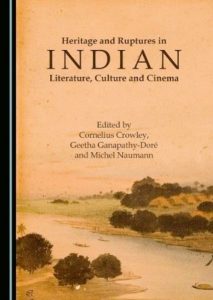 This book investigates the millennial history of the Indian subcontinent. Through the various methods adopted, the objects and moments examined, it questions various linguistic, literary and artistic appropriations of the past, to address the conflicting comprehensions of the present and also the figuring/imagining of a possible future.   The volume engages with this general cultural condition, in relation both to the subcontinent’s current “synchronic” reality and to certain aspects of the culture’s underlying diachronic determinations. It also reveals how the multiple heritages are negotiated through the subcontinent’s long-term sedimentational history. It scrutinizes both conservative interpretations of heritage and a possibly incremental enrichment, and the additional possibility of a mode of appropriation open to a dialectic of creative destruction, in which the patrimonial imperative is challenged, leaving room for processes of renewal and rejuvenation.  The collection is organized around four major topics: Orientalism, addressed by way of the Tamil Epic Manimekalai, through the evocation of the Hastings Circle and views on a possible Hindu-Muslim unity sketched out by Sayyid Ahmed Khan; modernism in Indian and Burmese texts written in English; pictorial art, through a consideration of the work of some modern and contemporary Indian artists and British Asian and Indian film directors; and, finally, the current state of a body of critical thinking on gender.

Chapter One: In the City They Come and Go: Dialogical Modernism in Indian English Poetry
Debasish Lahiri

Chapter Two: Three Generations of Migrancy in Kiran Desai’s The Inheritance of Loss: The Focus on Material Things
Celia Wallhead

Chapter Five: ‘Who shall inherit Bengal?’ A Reading of Anuradha Roy’s An Atlas of Impossible Longing
Evelyne Hanquart-Turner

Chapter Twelve: Ruptured History and the Politics of Language in Myanmar
Shruti Das

Chapter Fifteen: Heritage and Ruptures: A Fine Balance Difficult to Obtain (and some questions around gender)
Rada Iveković