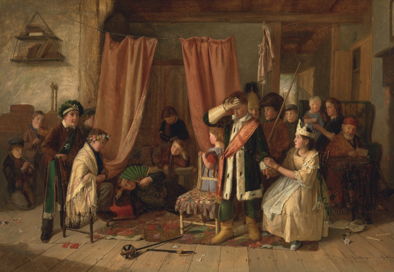 It has often been observed that Shakespeare’s Midsummer Night’s Dream is a metaliterary and metadramatic play. It presents not only the rough course of true love but also the glories and failures of the poetic imagination and of theatrical illusion, most obviously so in connection with the play within the play performed by Bottom and his fellows. What has less often been pointed out is the argument about genre(s) that is conducted in A Midsummer Night’s Dream. Peter Quince refers to the play within the play as a “most lamentable comedy” (1.2.11); the list of entertainments offered to Theseus describes it as “tragical mirth” (5.1.57). More than 300 years later, Ford Madox Ford similarly plays with the term tragedy in The Good Soldier. The narrator of the novel initially rejects the label of tragedy for the events he is presenting, preferring to describe them as “the saddest story,” but by the end of his narrative he has changed his mind, calling the story a tragedy indeed.

Our symposium will focus on works that, like A Midsummer Night’s Dream and The Good Soldier, reflect on the genre(s) to which they belong; this self-reflection may be either explicit or implicit. Questions to be dealt with include:

It should be noted that the proposal is not about self-reflexiveness in general (metafiction, metadrama, metahistory …) but about metagenre.
Please send an abstract (300 words max.) to the editors of Connotations by November 1, 2020: symposium2021@connotations.de