We are excited to announce a virtual symposium on the work of William Golding to be held in the spring of 2021 (8th April). We would like to invite all those who are interested in Golding to participate through critical and/or creative responses to his writing, and are particularly keen to hear from emerging scholars and those whose voices have seldom been heard in Golding criticism.

While Lord of the Flies remains a widely read and much studied work of twentieth-century fiction, the rest of Golding’s creative output has suffered from a dearth of serious critical attention in the past two decades. More generally, as the reaction to Rutger Bregman’s recent critique of Golding made clear, the standard picture of Golding remains that of a man haunted by the depraved nature of humanity, whose work is more significant for its moral content than any literary merit (The Guardian, 9 May 2020).

However, the novels themselves and the crucial insights provided by John Carey’s recent biography and Judy Carver’s memoir reveal a more complex portrait of an individual acutely aware of contemporary issues of class, gender and sexuality, who, while tortured by severe bouts of guilt and dejection, nevertheless took joy and optimism from the natural world; from the whole range of classical antiquity; from ground-breaking developments in science; and from the power of language and storytelling to make readers see themselves, each other and the world anew.

Therefore, we strongly encourage critical reactions to the work which either reassess or move beyond the overweening moralism of past scholarship and the worn categories of good and evil, allegory, pessimism, science vs religion, male vs female, modernity vs post-modernity, and original sin. We also welcome creative or personal responses, from appreciations of Golding’s art to pieces which speak to current topics and concerns.

We are looking for presentations between 10-30 minutes which can be delivered in an online format, but are keen for the event to reflect the interests and perspectives of the participants. Please get in touch if you would like to be involved, whether with a formal abstract or with a more general expression of interest. We look forward very much to hearing from you.

It is not the complete specimen for the collector’s cabinet that excites us. It is the fragment, the hint. For the universe has blown wide open, is a door from which man does not know whether blessing or menace will come. We pore, therefore, over the natural language of nature, the limy worm-casts in a shell…We stand among the flotsam, the odd shoes and tins, hot-water bottles and skulls of sheep or deer. We know nothing. We look daily at the appalling mystery of plain stuff. We stand where any upright food-gatherer has stood, on the edge of our own unconscious, and hope, perhaps, for the terror and excitement of the print of a single foot?

Apocalyptic Visions in the Anthropocene: Rise of the Climate Fiction
Invitation for Book Chapters
Deadline for compeleted submissions: 10 April 2021

In recent years there has been a considerable amount of interest in pop culture and academia towards environmental problems and to the fiction works dealing with interdisciplinary issues. In accord with the severe environmental degradation around the world, humans are awakened to this reality through climate fiction (cli-fi), which depicts ways to deal with the anthropogenic transformation on Earth through apocalyptic fictive worlds displayed in novels in the English language.

Contributions are welcome (but by no means limited to) on the following issues:

Submissions in English should normally be no longer than 6000 words and should be original and previously unpublished. If the work has already been published (as a journal article, or in conference proceedings, for example), Cambridge Scholars Publishing will require evidence that permission to be re-published has been granted. To see the call on the publisher’s website, please click here: https://www.cambridgescholars.com/pages/guest-edited-collections , where you can download and complete a submission form.

All completed submissions should be sent to admin@cambridgescholars.com by April 10, 2021, indicating it is submitted for the book Apocalyptic Visions in the Anthropocene: Rise of the Climate Fiction.

The book is planned to be published by the end of 2021. 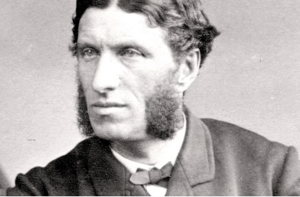 Organized by:
Faculty of Arts and Humanities, University of Porto (Portugal)
CETAPS – Centre for English, Translation and Anglo-Portuguese Studies

It has been 150 years since Matthew Arnold published his groundbreaking work, Culture and Anarchy. His essays in book form are not only a powerful critique of Victorian society and values but also of modern ones. Contemporary political, economic and cultural issues provide an opportunity to revisit Arnold’s thought critically, to assess his enduring legacy, and to appraise the modern predicament in relation to distinguished cultural achievements from the past.

In the wake of the Brexit phenomenon, Victorian cultural superiority and idealism are worth exploring. Despite the invocation of ethnocentrism (e.g. Saxon-Celtic roots and Latin-French influences), Arnold strongly appealed to (English) national unity. The curtailment of the mechanic spirit would not only prevent unwarranted cultural uniformity but also provide the conditions for the continual improvement of the mind. Hence, it would be possible to find balance, light, and sweetness through cultural development in a society struggling with political turmoil, social change and the search for a sense of self. Like the Victorian sages, Brexiteers came up with new solutions to the country’s social and identity problems. Under the aegis of gaining back control over their lost national identity, Brexiteers recovered a national discourse based on myths, historical recreations, and constructed insights into a glorious past. The past, the present, and the future are thus unavoidably entangled, and all the more so in any reassessment of English (cultural) identity in the present.

Moreover, as part of an ongoing dialogue between researchers from the Centre for English, Translation and Anglo-Portuguese Studies (CETAPS) and the University of Lisbon Centre for English Studies (ULICES), this international conference aims to reflect on the meaning of Culture and Anarchy and other works by Arnold, with a special focus on their relevance for the present. The conference follows upon “Culture and Anarchy: From Arnold to Brexit”, an event that took place at the University of Lisbon in December 2019. Relevant topics include, but are not limited to, the following:  Arnold and modernity; Arnold’s modernity  Arnold and the idea of the sage  Arnold and other intellectuals – of his time and of our own  Arnold and the theory/ies of culture  the role and nature of cultural institutions  culture and societal transition(s)  anarchy, freedom and security  unity and divisiveness in culture and society  the liberal legacy and the question of equality  culture, politics and religion  translating Arnold; Arnold’s translators and translations  the international reception of the work of Matthew Arnold  Brexit and the search for identity  the impact of Brexit on (British) society and culture.

Relevant topics include, but are not limited to, the following:

The organisers welcome proposals for 20-minute papers in English or Portuguese responding to these or other topics prompted by the conference’s rationale.

Abstracts for individual (20-minute) or panel presentations in English or Portuguese are welcome. Please include the following information with your proposal:

In order to prevent technological difficulties, participants will be required to send the Organizing Committee a video recording of their papers, no less than a week in advance. The videos will be broadcast in accordance with the programme. Participants are expected to be on-line for the discussion periods of the conference.

Laurel brake
Laurel Brake is Professor Emerita, Birkbeck, University of London. She is the author of Walter Pater, Print in Transition and Subjugated Knowledges, co-editor of DNCJ (the Dictionary of nineteenth-century journalism) online and in print; and of ncse (nineteenth-century serials edition), a free online edition of seven periodicals. She has co-edited recent books on W T Stead and The News of the World. Her interests are broad, but she primarily writes on 19C print culture, media history, gender, and Walter Pater and his work, including ‘Walter Pater and the New Media’ (2018) in Testing New Opinions, edited by Gillard Estrada, Lambert-Charbonnier, and Ribeyrol.
Other recent articles treat Arthur Symons in Volupte, Pater’s Studies in the History of the Renaissance in SWPA (Studies in Walter Pater and Aestheticism); ‘Writing the Contemporary: Art and News’ in JEPS (Journal of European Periodicals Studies); and ‘George Eliot and Print Media: Woman of Letters’, in 19: Interdisciplinary Studies in the Long Nineteenth-Century.  On Arnold, ‘Culture Wars? Arnold’s “Essays in Criticism” and the Rise of Journalism, 1865-1895’ appeared in Conflict and Difference in Nineteenth-Century Literature, edited by Dinah Birch and Mark Llewellyn. She is currently writing Ink Work on Walter and Clara Pater, and editing an edition of Walter Pater’s journalism for the Collected Works.

Murray Pittock
Murray Pittock MAE FRSE is Bradley Professor and Pro Vice-Principal at the University of Glasgow, where he has held senior roles at Dean to Vice-Principal level since 2008. He directs the University’s Early Career Development Programme, chairs the VR/XR Strategy Group,  leads on a number of MoUs and strategic partnership developments  and chaired the Kelvin Hall development. Outside the University, he is on the Board of the National Trust for Scotland and also acts as the Trust’s Scottish History Adviser. Cited as ‘Scotland’s leading public intellectual’ (Notre Dame 2014), Murray has appeared on the media in 55 countries. He is currently General Editor of the Edinburgh Collected Works of Allan Ramsay and is writing The Global History of Scotland for Yale.

In April 2021, the renowned Bulgarian Shakespearean, university lecturer, and poet Professor Alexander Shurbanov, DLitt, translator of Chaucer, Shakespeare, and Milton, will celebrate his 80th anniversary. The Department of English and American Studies at St. Kliment Ohridski University of Sofia will celebrate his outstanding achievement with the conference All the World Is Translation, devoted to translation as mediation across languages and cultures.

The languages of the event are Bulgarian and English. Possible thematic fields include, but are not limited to:

Abstracts and proposals for contributions of up to 10-15 min. are to be submitted to the organisers at all.the.world.is.translation@gmail.com by February 23, 2021.