On International Women’s Day 2018 in the centenary of Irish women’s suffrage, the BOLD GIRLS initiative was launched. This multifaceted celebration of brave, intelligent, strong women and girls in literature for children and young adults was designed to provide much-needed visibility alongside their male counterparts. Echoing Irish contemporary feminist arts movements such as Waking the Feminists which sought equal representation in the arts, BOLD GIRLS also highlighted twenty female Irish authors and illustrators who have made an exceptional contribution to the canon of Irish children’s literature.

This national project was in partnership with Dublin UNESCO City of Literature, the National Women’s Council of Ireland and other Irish educational institutions. BOLD GIRLS was an extremely successful research project (comprising the largest project run at that time by Children’s Books Ireland). It involved live literature events at national and international venues (including the Hay Festival in the UK and the Bologna Children’s Book Fair) and was supported by libraries and schools across Ireland as well as being commended for national awards.

A variety of free events and pedagogical resources were created including an 88-page Reading Guide of recommended feminist fiction, poetry and nonfiction for young readers, and a free-to-download 64-page schools resource pack, highlighting twenty titles for use in classrooms (both available at https://childrensbooksireland.ie/projects/boldgirls/). In order to represent and celebrate the historical range of Irish children’s literature and Irish women writers and illustrators of youth literature, the exhibition “Story Spinners: Irish Women and Children’s Books” took place in Trinity College, Dublin. Drawing upon Trinity’s extensive research collections, and particularly the Pollard Collection of Children’s Books, the exhibition was co-designed and co-curated by faculty and students on the university’s MPhil in Children’s Literature. This exhibition drew fresh attention to the role children’s literature plays — and has played for hundreds of years — in empowering readers and equalising representation of women. 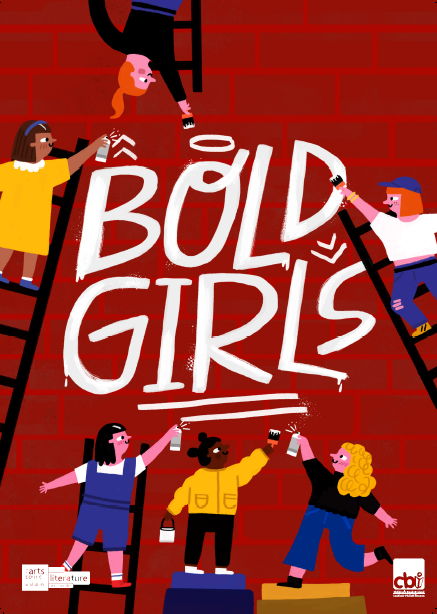 The project’s scholarly resources that might be of particular interest to researchers in gender studies and in youth literature studies include an online, 16-page academic resource pack highlighting ten publications that explore girlhood studies and gender in youth literature (available to download for free at https://childrensbooksireland.ie/projects/boldgirls/), and a collaboration with “G-BOOK: Gender Identity — Child Readers and Library Collections”. This Creative Europe project aims to discover, explore and promote literature that enables young readers (from the age of 3 to 10) to reflect on their identities and, in their own time, question stereotypes, bias and perceived norms around gender. The project, which ran from June 2017 until December 2018, originated from the awareness of the crucial role that children’s literature plays in the acquisition and evolution of children’s gender identity. It brought together specialists working in children’s literature, gender studies, translation studies, library science and education from six partner organisations: Centro MeTRa (Interdisciplinary Research Centre on Mediation and Translation by and for Children and Young Adults), Department of Interpretation and Translation of the University of Bologna – Forli Campus (Italy); the School of English, Dublin City University (Ireland); the University Library “Livres au Trésor” and the Research Centre “Pléiade” of the University of Paris 13 (France); the Research Centre Anilij (National Association for Research in Children and Youth Literature) of the University of Vigo (Spain); the Regional Public Library “Petko Rachev Slaveikov” (Bulgaria); and Biblioteka Sarajeva (Bosnia Herzegovina). Project partners have created a select, multilingual bibliography of children’s books concerned with gender identity that will be accessible through their project website, https://g-book.eu/.