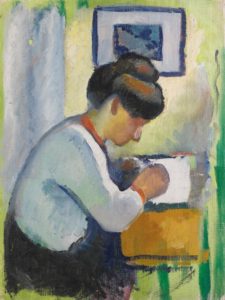 The upcoming ESSE Messenger issue will concentrate on both the role of language in creating gendered identities and alternative “discourses” that envisage the existence and possibility of plural and variable existences and worlds that challenge traditional sexed and gendered polarities.

To that end we seek articles that address: